“God is not out there to point out what you’ve done wrong. He is there to love you, to show you His grace and mercy, and to point you to what is right.”
We see Him rescue the woman the world had condemned over adultery in John 8:7-11

7] So when they continued asking Him, He raised Himself up and said to them, “He who is without sin among you, let him throw a stone at her first.”
8] And again He stooped down and wrote on the ground.
9] Then those who heard it, being convicted by their conscience, went out one by one, beginning with the oldest even to the last. And Jesus was left alone, and the woman standing in the midst.
10] When Jesus had raised Himself up and saw no one but the woman, He said to her, “Woman, where are those accusers of yours? Has no one condemned you?”
11] She said, “No one, Lord.” And Jesus said to her, “Neither do I condemn you; go and sin no more.”

We see Him forgive the woman (a prostitute) the Pharisees considered unworthy in Luke 7:36-48, and we see Him heal and forgive the sins of the paralytic man in Matthew 9:1-2. …”

God is the lover of man, Satan is the tormentor of man.

Isaiah 30:18 – AMPC says, “… the Lord [earnestly] waits [expecting, looking, and longing] to be gracious to you; and therefore He lifts Himself up, that He may have mercy on you and show loving-kindness to you. For the Lord is a God of justice. Blessed (happy, fortunate, to be envied) are all those who [earnestly] wait for Him, who expect and look and long for Him [for His victory, His favor, His love, His peace, His joy, and His matchless, unbroken companionship]!”

God also invites all of us to present our concerns to Him so that He can free us from all the burdens of sin. He says, “Come now, and let us reason together,” Says the Lord, “though your sins are like scarlet, they shall be as white as snow; though they are red like crimson, they shall be as wool.”

God is not against us, God is for us!

There was an error retrieving images from Instagram. An attempt will be remade in a few minutes. 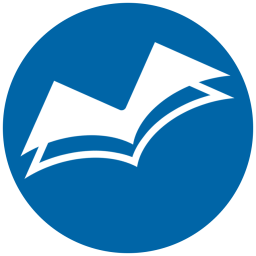 God jealously loves what He made. And that's you!

The journey: “Whosoever Will”